Undoubtedly industrialization and urbanization play a crucial role in employment generation, which plays qualitative changes in life style. In India emergence of large number of huge housing complexes in the vicinity of cities/town and industrial cluster of national regional significance signals the initiation of new era in the country’s urbanization process regional significance signals in initiatio

n of new era in the country’s urbanization process. According to the 2011 census the urban population grew to 377 million showing a growth rate of 2.76% per annum during 2001-11. The level of urbanization in the country as whole increased from 27.7% in 2001 to 31.1% in 2011 and increase of 3.3 percent during 2001-2011 compared to an increase of 2.1 percent during 1991-2001. It may be noted that Indian economy has grown from about 6% per annum during the 1990’s to about 8% during the first decade of the 2000’s. This clearly reflect the power of economic growth in bringing about faster urbanization during 2001-2011. It is notable here that  the cities, their needs, their future, their functioning in India are great unspoken, overlooked problems of our times. Urban poverty, urban pollution and low urban productivity are three major problems which the nation faces today.

Practically every aspect of city life, population density, housing, slum clearance, squater’s settlements, municipal serverces, traffic, energy, crime, health, environment and the prevailing conditions present a gloomy future. There is evidence that poverty is being urbanized as urbanization increases . We can never eliminate slums, we only improve them because that way they become more attractive and more entrenched and politically more advantageous. In such a circumstances there is need to adopt sustainable urbanization which can be conductive for industrialization and employment generation. One of the many ideas that helped propel Prime minister Narendra Modi in the P.M.’s office was his belief that urban India needed help and he would provide it with the smart city.

The proposed national seminar aims to examine, scrutinize and analyse the regional scenario of industrial clusters, smart cities and employment generation in the light of the refined demographic data brought forth by the census of 2011. Besides aforesaid focal theme following sub themes will be discussed during the different technical sessions and recommendations emerged from discussions will be sent planners & policy makers. 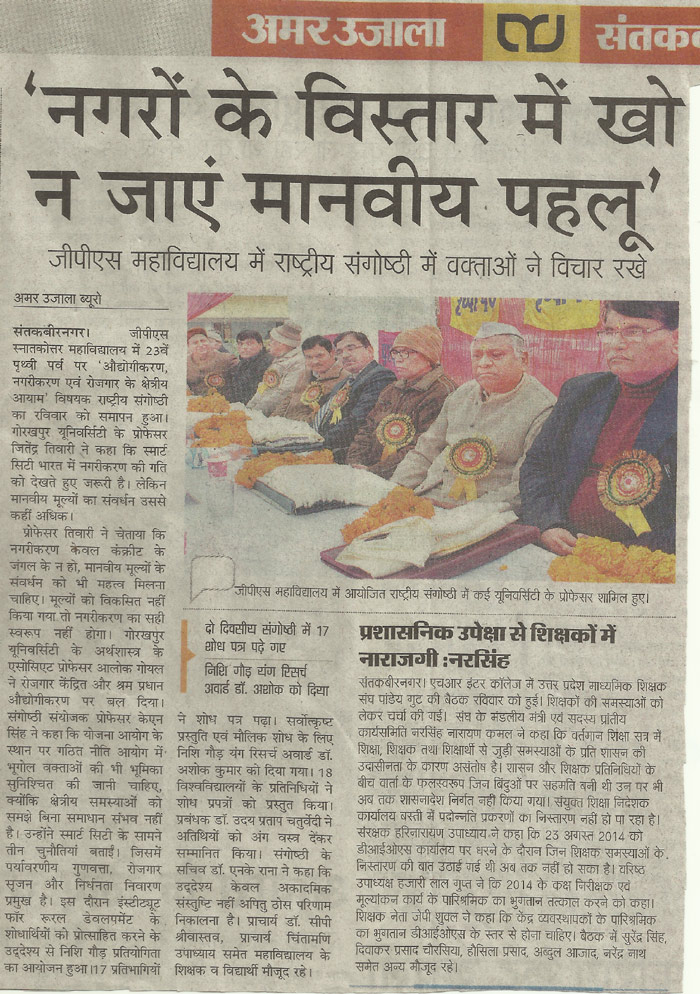 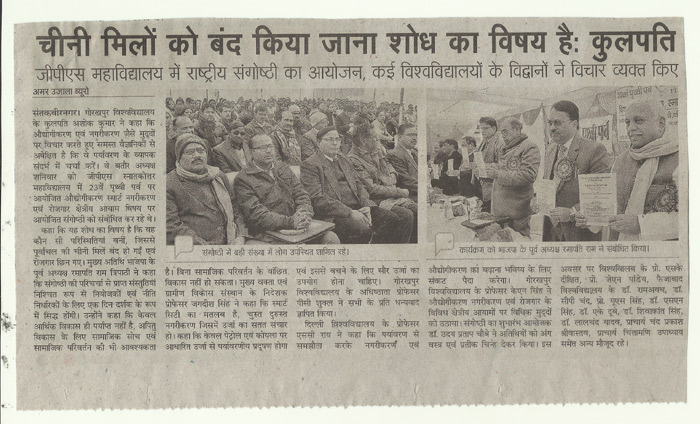 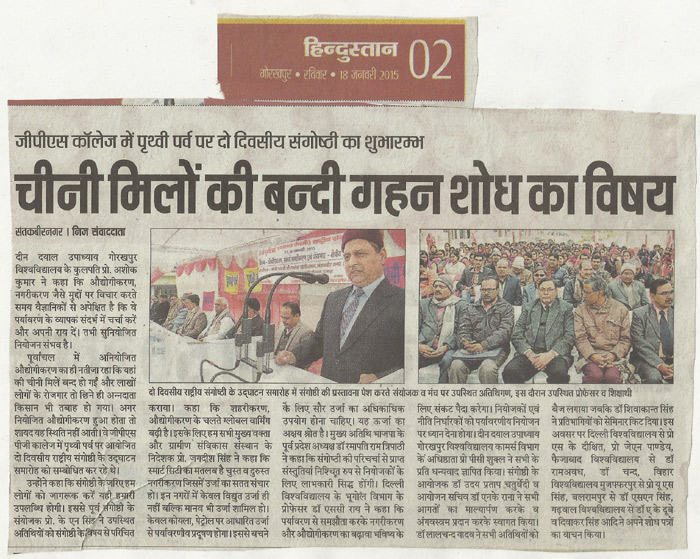 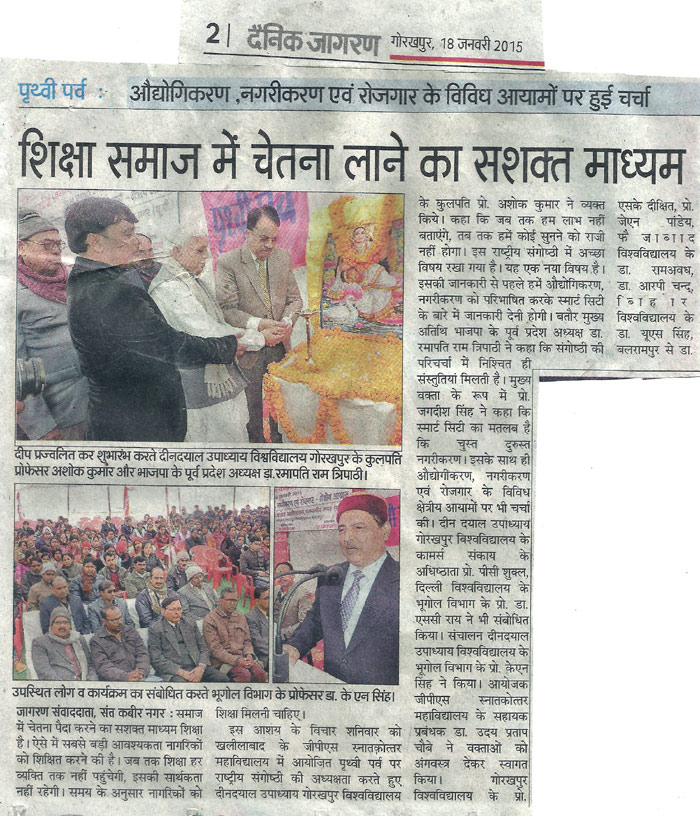 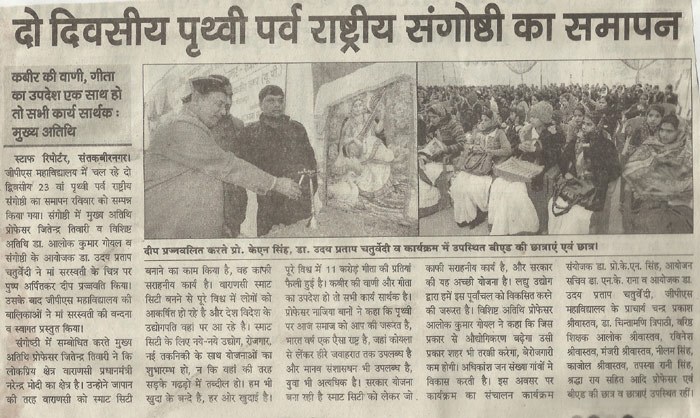 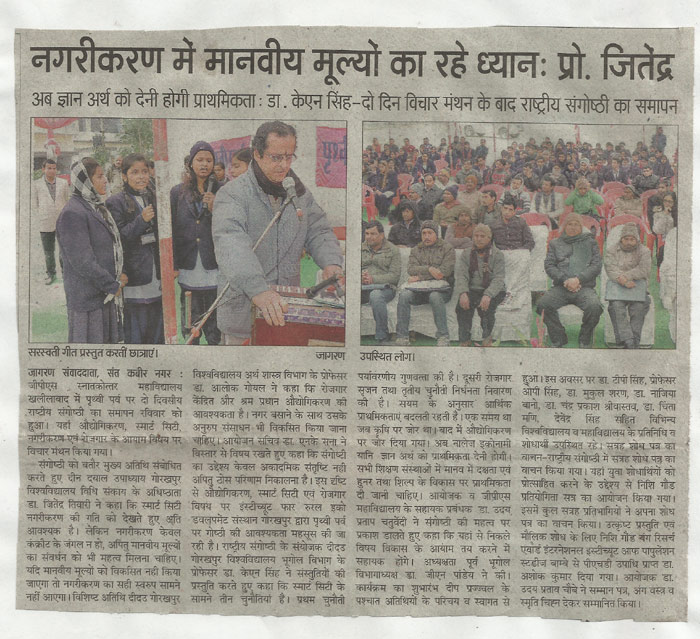 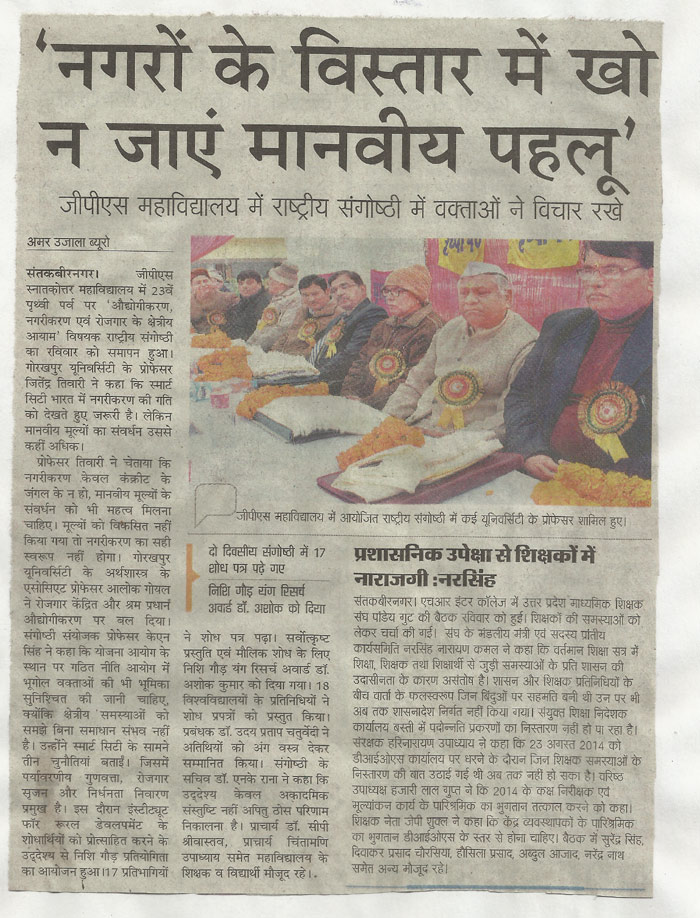 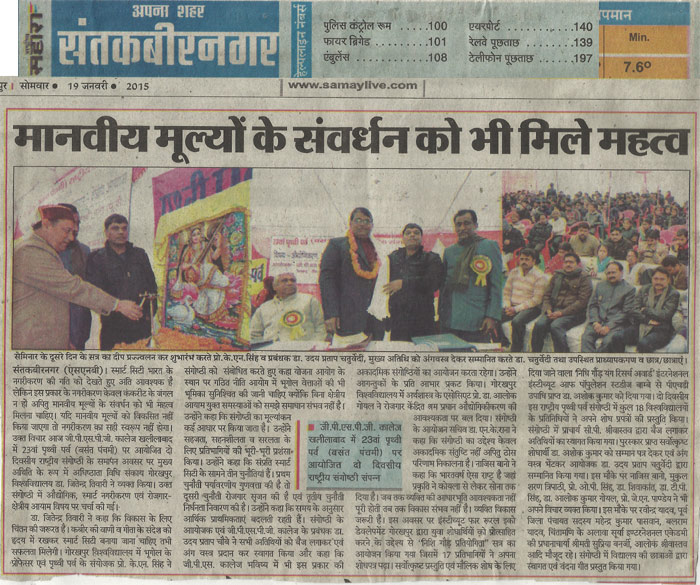 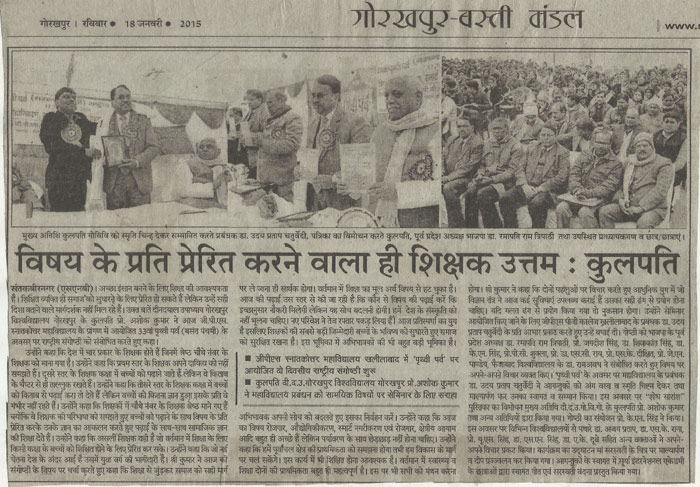 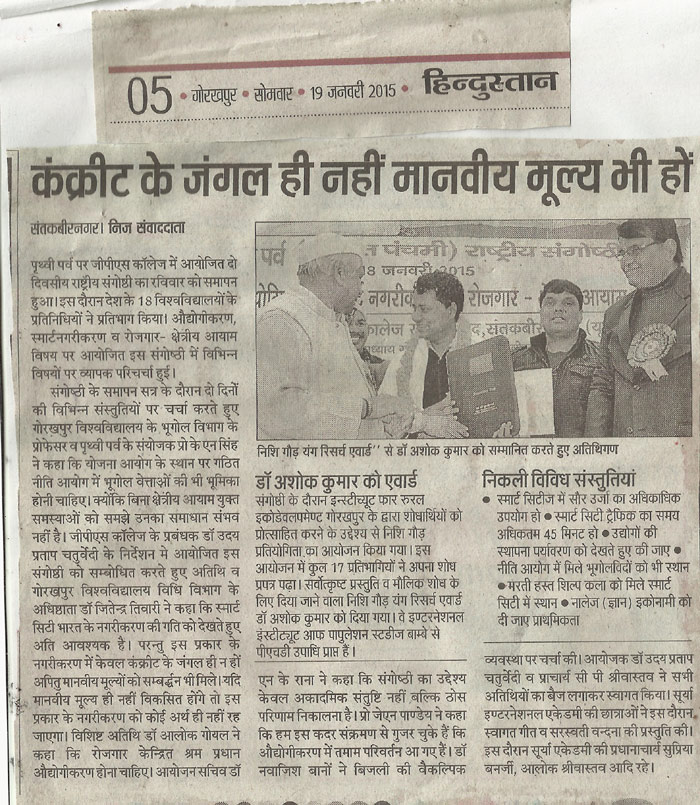 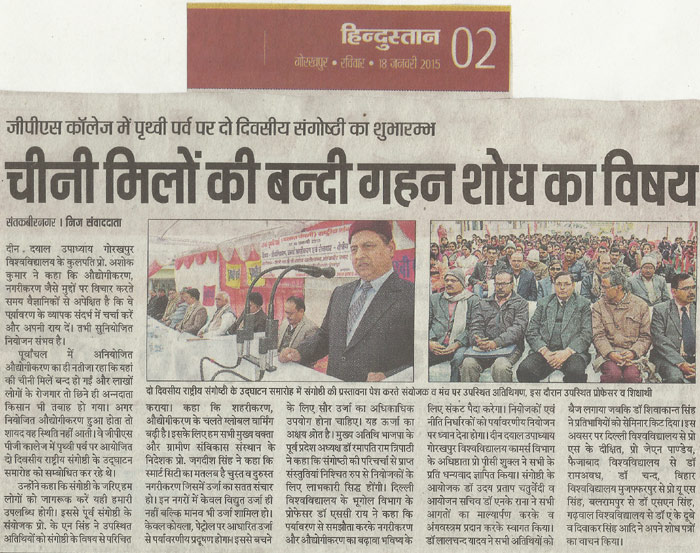 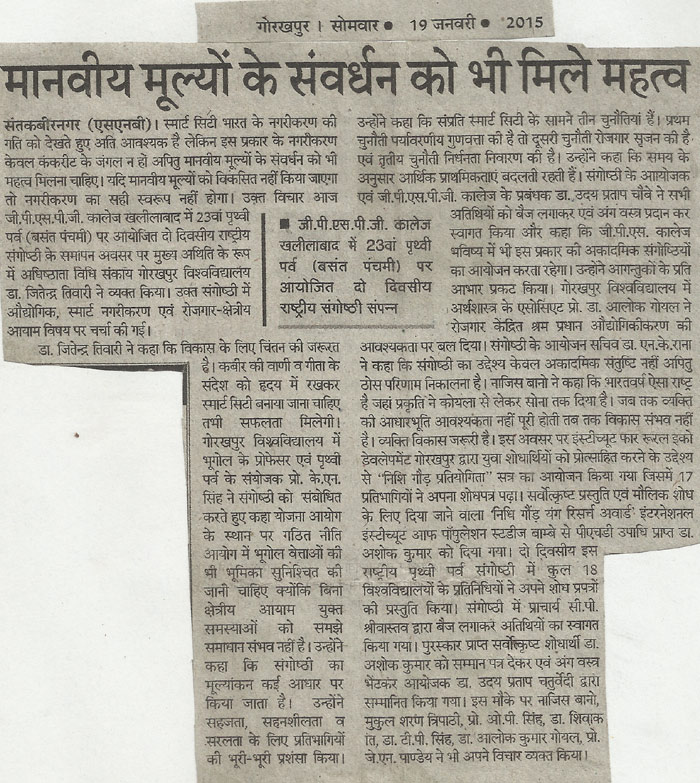 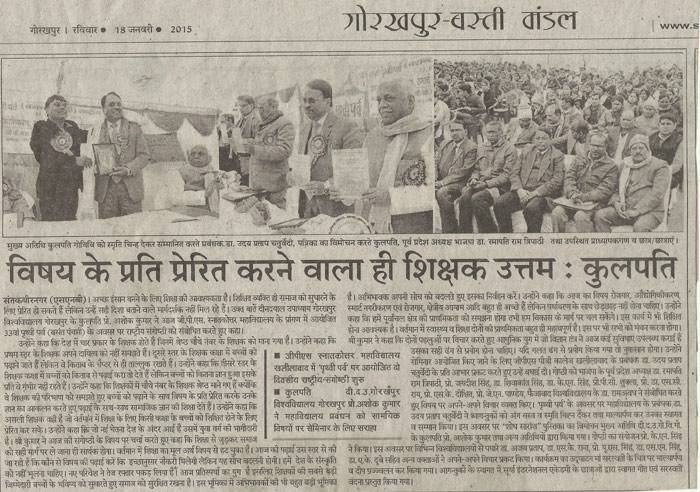